“This is an announcement for you and other local people to participate in an adult Community Chorus and Orchestra. Several local people have gotten together and decided that its time that it’s time that the Wiscasset, Maine area had performing ensembles available to adults who would like to get together make music.”

The Sheepscot Valley Musical Arts Society (SVMAS) began in the late ’70s when Dick and Nancy Tarr, Howard and Dorothy Kahl, and Jim and Mary Thibodeau drew up an outline of goals for the new organization. By 14 February 1980 several other people had been recruited by the efforts of Bill and Winnie Bowers, Barbara Shelton, Jane Chester.

As envisioned by its organizers, the Sheepscot Valley Musical Arts Society would be an amateur adult community chorus of 40 to 60 members with an orchestra of strings, woodwinds, brasses, and percussion. The first organizational meeting and rehearsal was held on Monday, 25 February 1980 from 7 to 9 pm in Room 2 of the Wiscasset High School. Music was borrowed, the directors and accompanist were volunteers, and membership dues were set at a dollar. Subsequent rehearsals were held on Tuesday evenings with Jim Thibodeau conducting the chorus and Richard Tarr the orchestra. Pianist Nancy Tarr served as the choral accompanist.

There is no record of the number of musicians who attended the first rehearsal, but a month later there were 48 chorus members and 13 instrumentalists. The first “full” concert with orchestra and chorus was prepared for May 1980, feturing the 40-minute Vivaldi Gloria in D and pieces by Billings, J.S. Bach, Schubert, and Vaughan-Williams. Selections from Fiddler on the Roof showcased both the orchestra and the chorus. Orchestral offerings included theHungarian Dance #5 by Brahms, Handel’s Water Music, and a flute solo on Greensleeves. Twenty sopranos, 21 altos, 4 tenors, and 5 basses, 7 violins, 2 violas, 3 cellos, 1 bass, 1 flute, 1 clarinet, 1 trumpet, and 1 trombone participated in this concert. The program offered on Sunday, 18 May 1980, at the Damariscotta Baptist Church, and again Tuesday, 20 May, at St. Philip’s Church in Wiscasset. Admission was $1.50 for adults and $.75 for students.

Today the Sheepscot Valley Chorus is a thriving non-profit community chorus which presents programs with professional chamber orchestras and soloists. Talented local students are often showcased at our concerts. We look forward to the many musical delights the future will bring. 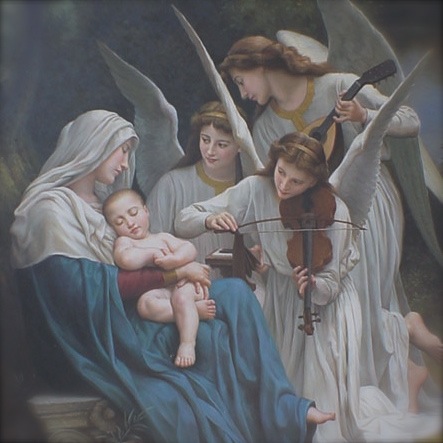 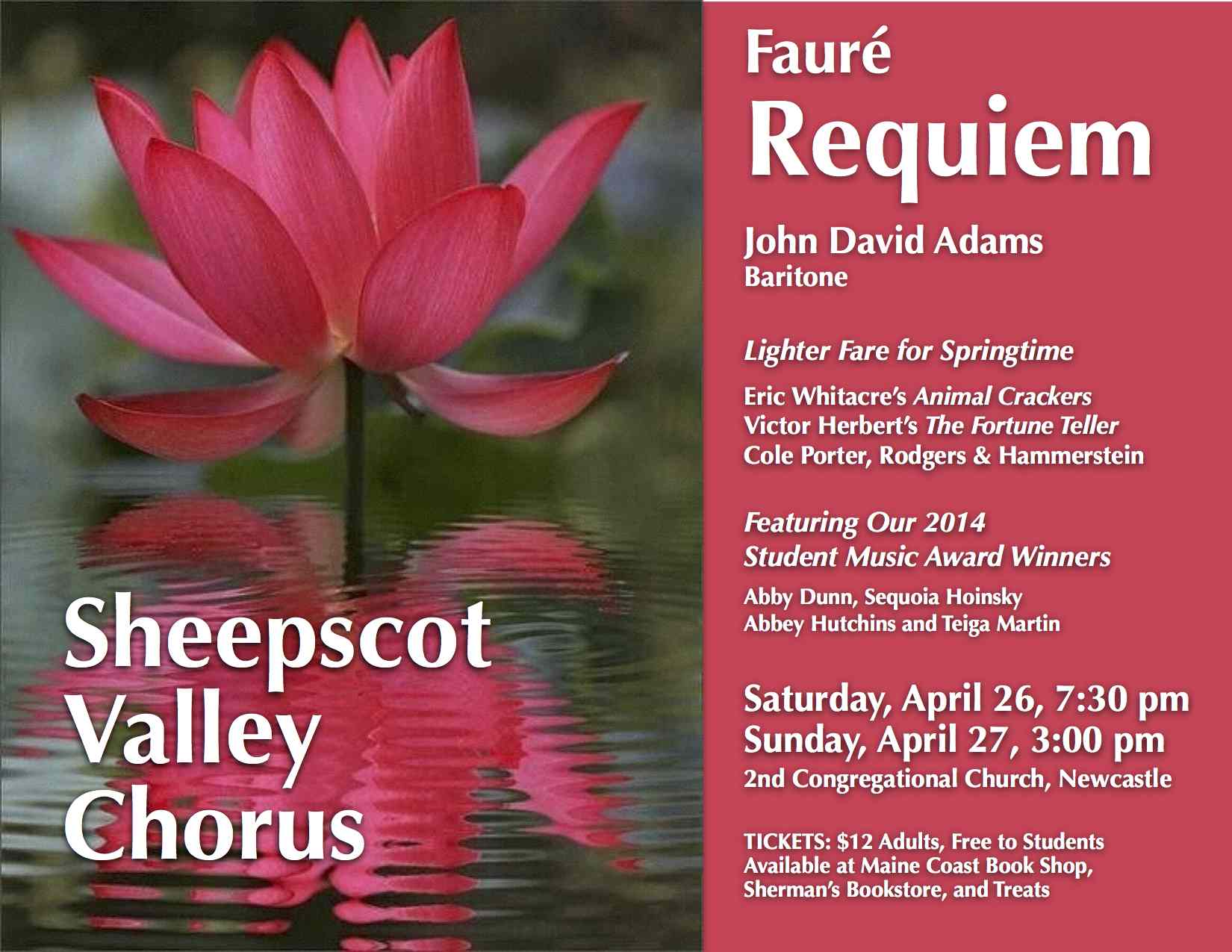 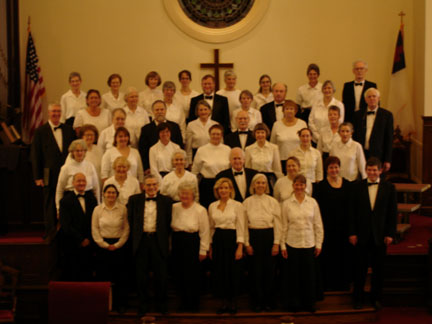 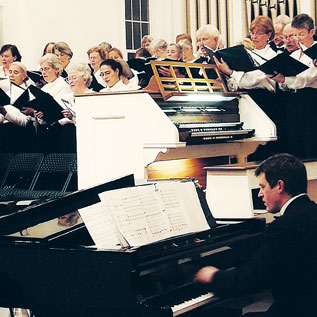 No concerts booked at the moment.